Black Latinos are recognized, but the 2020 Census is finally legitimizing the Native heritage of many Latinx
Updated Feb 2021

​Black Latinos are recognized, but the 2020 Census is finally legitimizing the Native heritage of many Latinx

​“Aren’t Hispanics just Hispanic?” This is the question most undergraduate college students ask when I address race in my Spanish courses.  To answer that question, we need to start with the historical roots of the group of people that get clumped into the homogeneous label Hispanic / Latino /Latinx, pan-ethnic terms meant to describe and summarize the Spanish-speaking population of people living in the U.S., according to the Pew Research Center.

​Some of you may have noticed on the 2010 Census that the following distinction was made between Hispanic origin and race (see Figure 1 below): 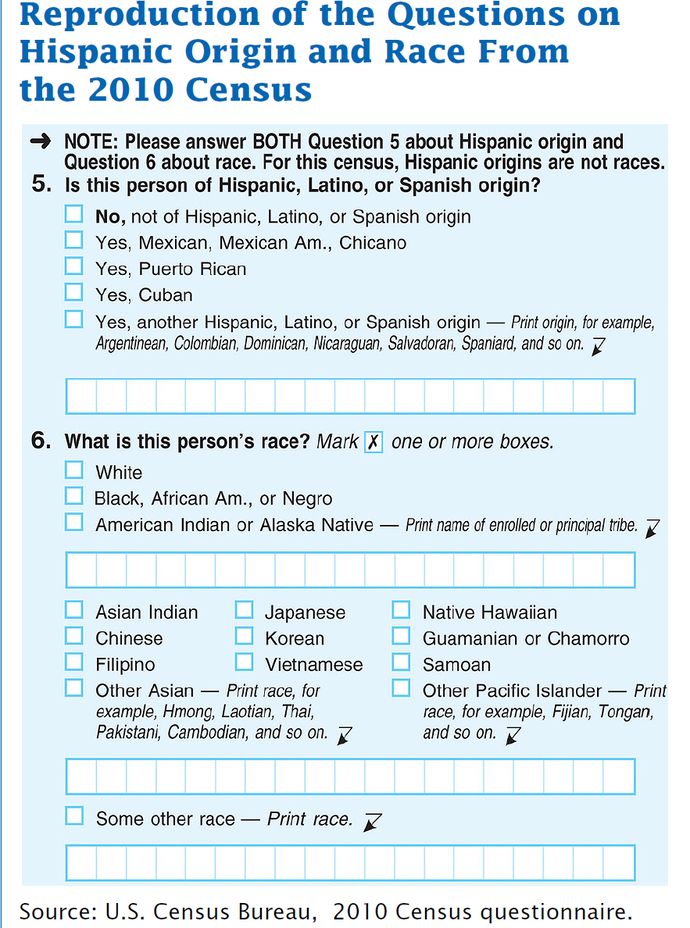 Figure 1 - Questions 5 and 6 on the 2010 US Census - https://www.census.gov/prod/cen2010/briefs/c2010br-02.pdf
​These questions caused confusion, because according to the Pew Research Center Race and Multiracial Americans in the US Census, for most of its history, the United States has had two major races: until recent decades white and black people have dominated the census racial categories.  According to sociologist Wendy D. Roth, “In the mid-twentieth century, it was assumed that as they Americanized, Latinos who looked European would join the White race, while those with visible African ancestry would join the Black race, and others might be seen as Native American. For 50 years, the Census has supported this vision by informing us that Latinos could be classified as White, Black, or ‘other,’ but not as a race themselves. ‘Hispanic” remained an ethnic, not a racial, category.’”  Latinx share a culture across races, but few understand the complex historical backdrop of Latinx in the US.  We will briefly retrace this history from the beginning, and hopefully shed some light on this group of people.

In 1492, the conquering Spanish Empire arrived in the Native Land of thriving Amerindian nations.  Then, in 1493, Pope Alexander VI issued the papal bull “Inter Caetera” in which he authorized the division of the undiscovered world between Spain and Portugal, and if it was not inhabited by Christians, it was available to be “discovered”, claimed, and exploited.  See Figure 2 and Figure 3 below. This came to be known as the Doctrine of Discovery and became the basis of all European claims in expansion. 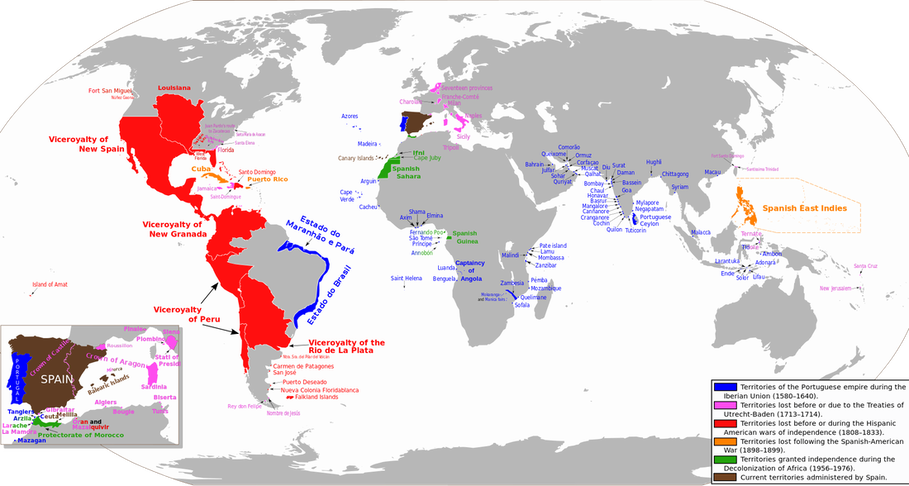 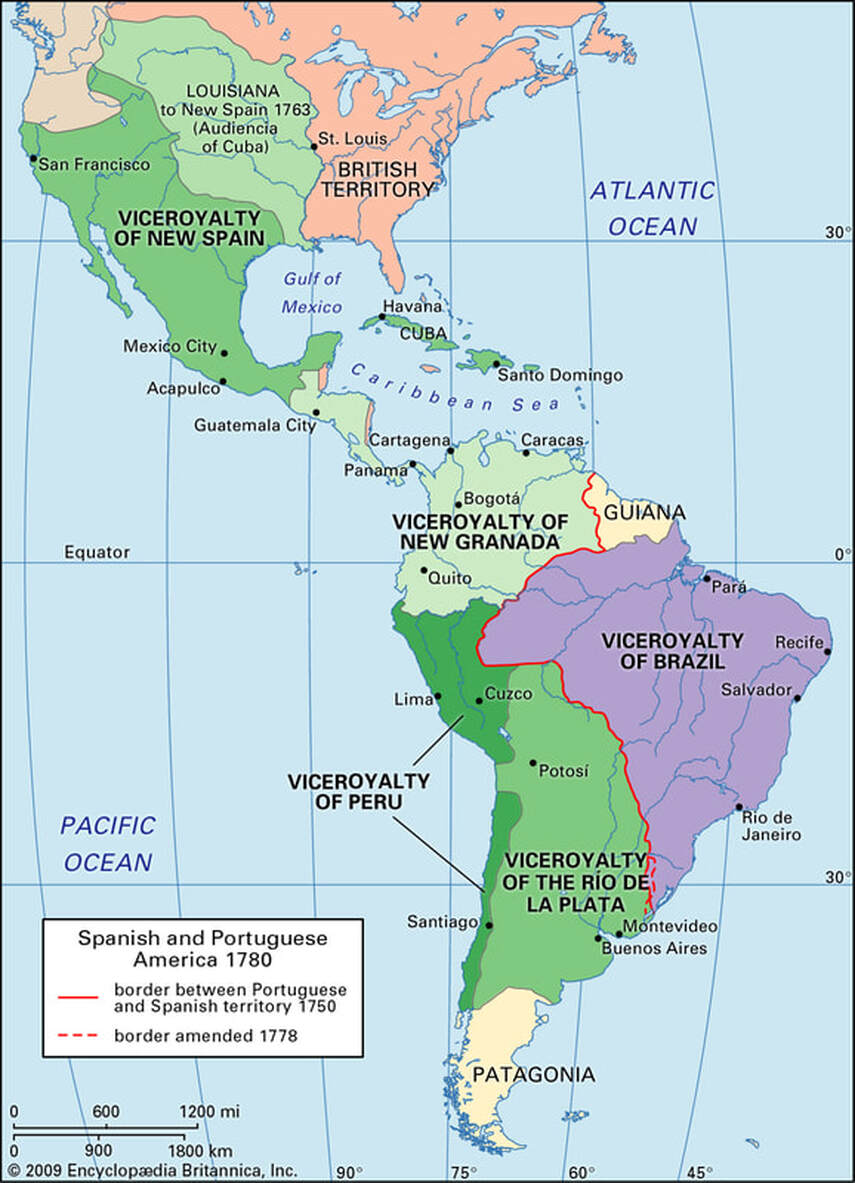 Figure 3 - Map of Spanish and Portuguese America in 1780 - https://cdn.britannica.com/10/126810-050-A27FCFAD/viceroyalties-Spanish-territories-Portuguese-Western-Hemisphere-1780.jpg
​With the Spanish Empire (see Figure 3 above) and other European exploration of the Americas in the 15th century came the beginning of the slave trade, where 96% of the 12.5 million enslaved Africans ended up in present day Latin America.  See Figure 4 below. White Europeans quickly began procreating with the Natives and the Africans, which led to the creation of new racial categories: mestizo (white + Native) and mulatto (white + African). 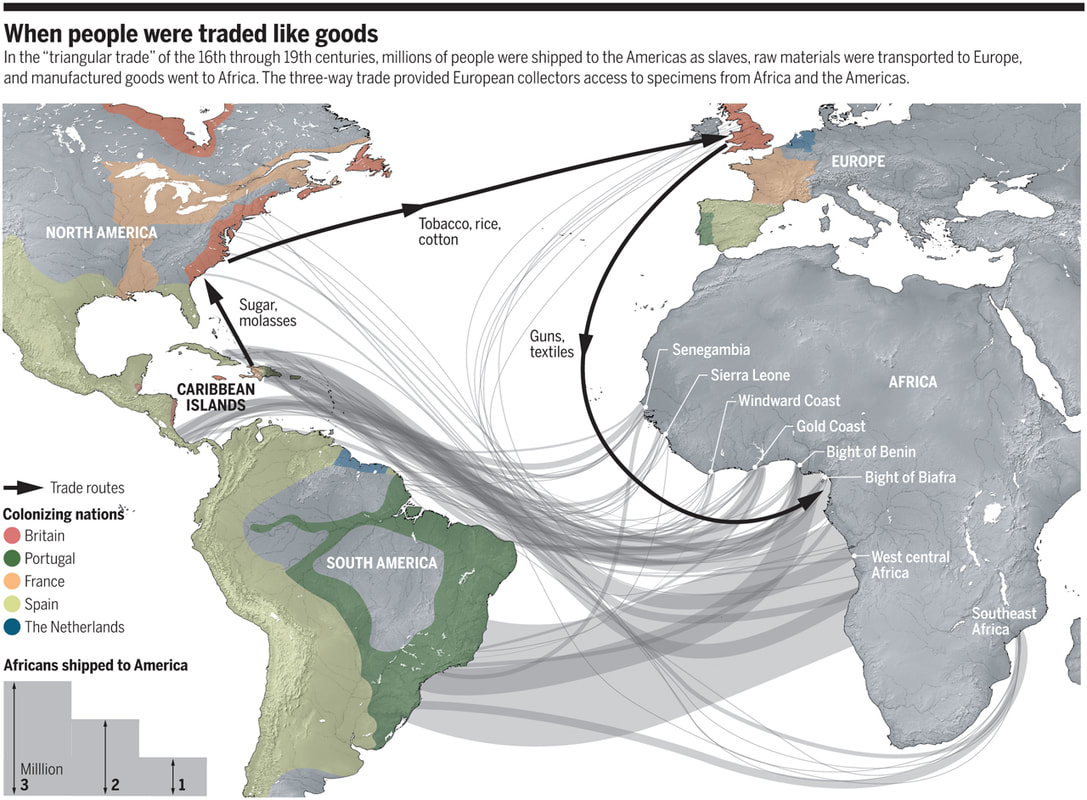 Figure 4 - African Slave Trade, 1500-1900 - https://science.sciencemag.org/content/sci/364/6435/16/F3.large.jpg
​This history of mixed-race identities is evidenced in the DNA of present day Latinx.  A 2010 study called “Genome-wide patterns of population structure and admixture among Hispanic/Latino populations” in the US found that there is overwhelming evidence of male European and Native American / African female ancestry in Latinx (Bryc et al., 2010). Figure 5 shows that the Y haplogroup from the male bloodlines in the first triangle is primarily European, whereas the mtDNA haplogroup from the female bloodlines in the second triangle is primarily Native American and secondarily African.  Bryc et al. (2010) deduce that this is “consistent with a sex bias toward a great European male and Native American/African female ancestry in the Hispanic/Latinos” (p 8959).

Figure 5 - Comparison of mtDNA and Y chromosome haplotypes - https://www.ncbi.nlm.nih.gov/pmc/articles/PMC3024022/
​The Spanish empire soon had a vast amount of land and people under its dominion in the new world, see Figure 9 below.  Therefore, to maintain order they implemented ​a racial caste system based on eugenics that accounted for the rampant mestizaje 'race-mixing' that blurred racial boundaries and created a color continuum.  In New Spain, a mestizo was a person with one Spanish born parent and one Indian parent.  Legally, European-born then New World-born Spaniards were the ruling class, then mestizos, other mixed-race, indigenous, and African people beneath them.  See Figure 6 below. 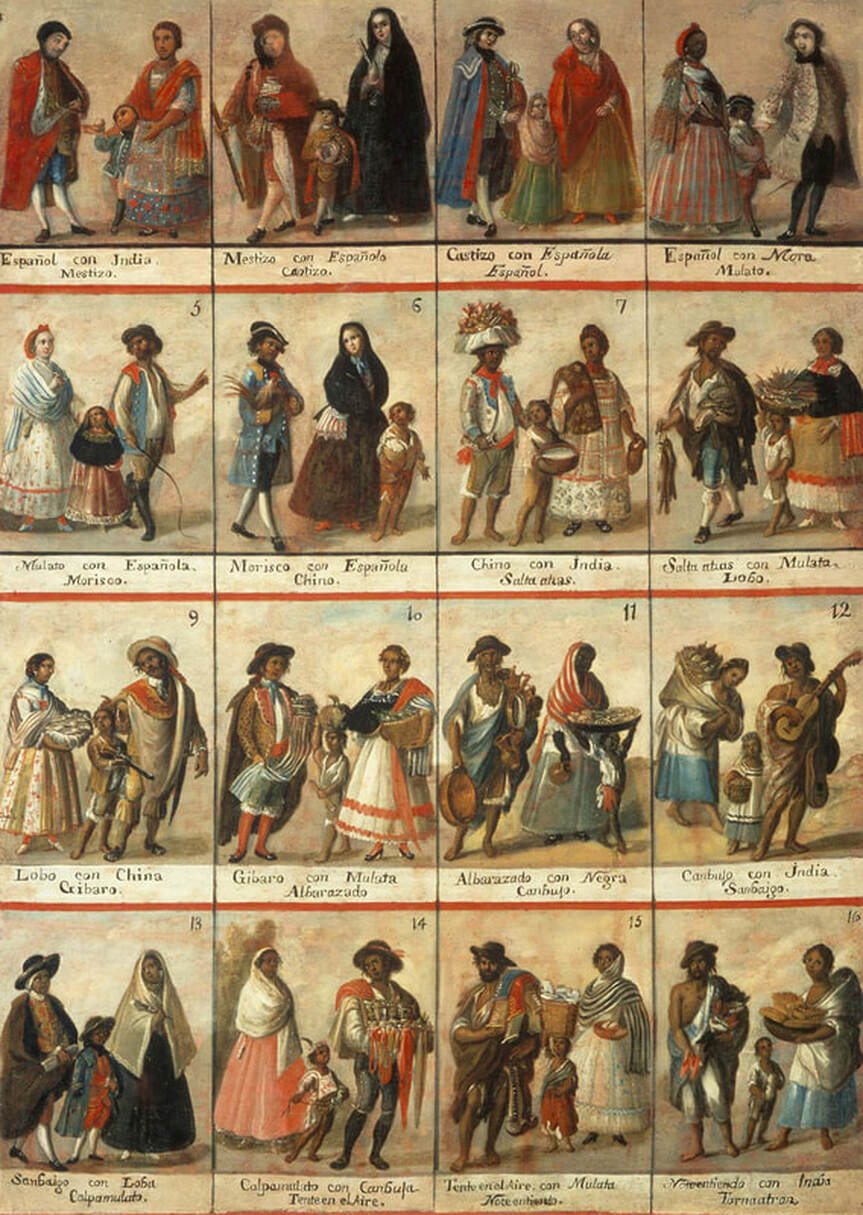 Figure 6 - The caste system of the Spanish Empire - https://upload.wikimedia.org/wikipedia/commons/e/e8/Casta_painting_all.jpg
9
​The present-day fallout of this colorism and classism is that (1) there is a long history of denying indigenous and African descent (see Figure 7 below) within Latinx populations, and (2) indigenous and afro descendant populations have become disproportionately disadvantaged in Latin America as far as levels of educational attainment, income, and occupational status.  Discrimination against indigenous people and those with African ancestry continues to flourish, with Europeanness enduring as the standard. 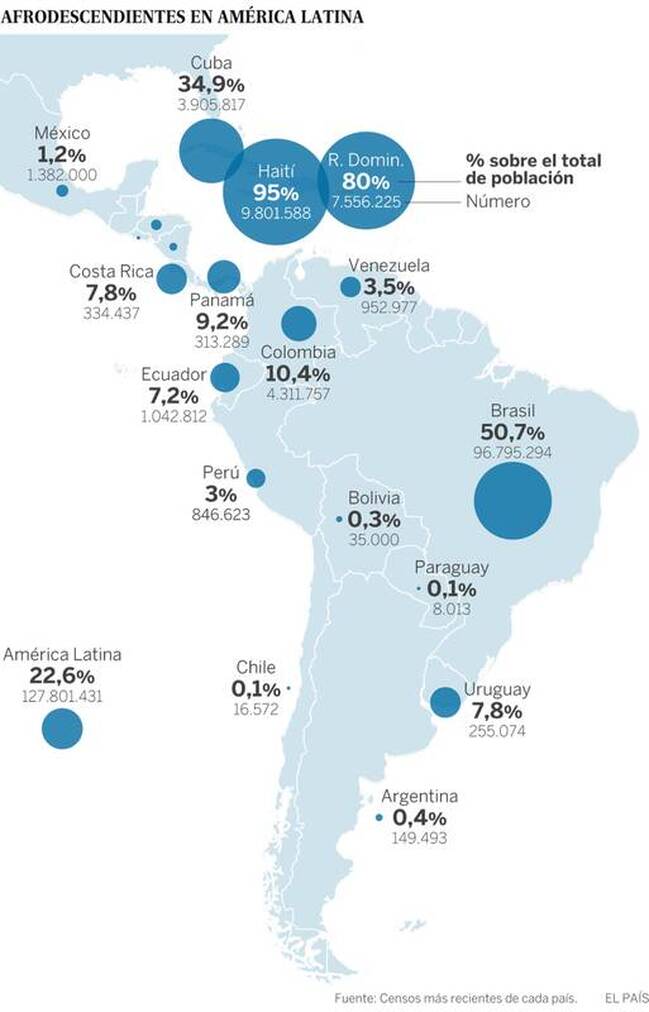 Figure 7 - Map of the percentages of people of African descent in Latin American by country - https://elpais.com/internacional/2017/01/24/actualidad/1485265647_183464.html
There was a historical Hispanization of Native Americans by the Catholic church in present day US and Latin America.  As of 1810, New Spain occupied the majority of what is now the United States, see Figure 9 below. ​ Native Amerindians were intentionally converted to “spiritually and culturally stamp out the Indian,” to make them develop a hatred of all things Indian, and if they had one drop of Spanish, to claim they were white and deny any Indian ancestry.  The Spanish Empire, and therefore the Roman Catholic church, extended its conversion by force of Indians from the US west coast to the Mississippi river and included Florida.  Spanish missionaries and friars Hispanicized members of nomadic tribes, as well as Pawnee, Wichita, Apache, Comanche, Kiowa, Pueblo, Navajo, Hopi, etc., gave them Spanish surnames at their baptism, and took some as household servants.  In New Mexico, the Hispanicized Indians were called genizaros, many of whom were forced to leave behind their native culture and language. ​​ See Figure 8 and Figure 9 below. 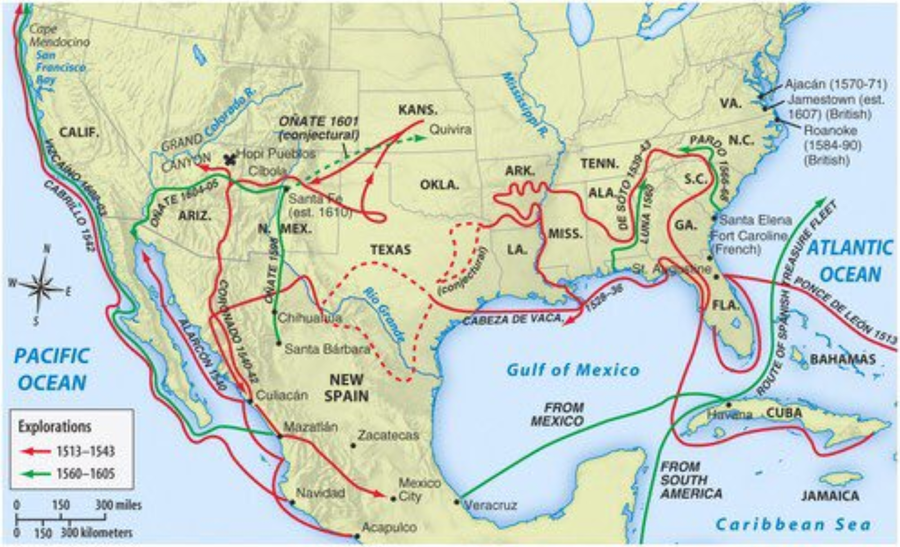 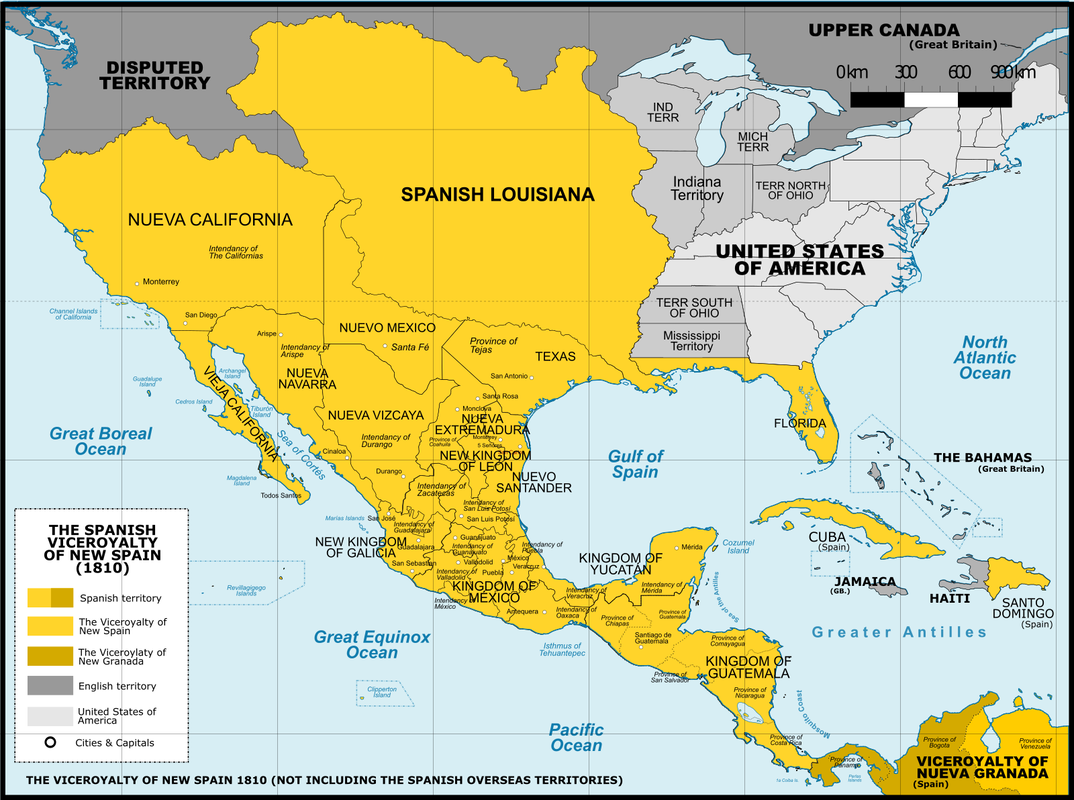 Figure 9 - Map of New Spain in 1810 - https://upload.wikimedia.org/wikipedia/commons/e/e8/Viceroyalty_of_the_New_Spain_1800_%28without_Philippines%29.png
​The forced loss of indigenous and African culture and cultural pride sadly led to an inherent internal racism that persisted hundreds of years.  The internalized oppression and racism in the Latinx culture that resulted are insidious forces that reinforce self-fulfilling negative stereotypes based on “whiter is better.”  Laura M. Padilla, a professor of law, states that this “colonized mentality” (p. 770) entrenched from the caste system, causes darker skinned Latinx to feel and be treated as inferior to the whiter skinned Latinx.  She gives an example, familiar to many Latinx, of comparing pictures to show how huero ‘white or Caucasian-looking’ their family is, with the ingrained belief that since they are whiter, they are better.

A reason specific to the US for denying indigenous, African, and Latinx heritage was the racism against brown and dark skinned people, especially after 55% of the country of Mexico was lost to the US in 1848 and the native inhabitants were now on US land.  In her book, The Injustice Never Leaves You: Anti-Mexican Violence in Texas, Mónica Muñoz Martínez explains the rationalization of the “Juan Crow” laws of segregation which led to signs such as “No dogs, negros, Mexicans” on store fronts and in white schools.  See Figure 10 below.  Muñoz Martínez states that segregation was justified by the beliefs that racial supremacy was a matter of innate biological differences, and that ethnic Mexicans inherently had a cruel streak from their Spanish conquistador blood and from their Indian blood.

Figure 10 - Example of "Juan Crow" laws - segregation in the Southwest US - https://www.12news.com/article/news/local/arizona/the-untold-segregation-story-arizona/75-49177538
​Even US citizens who appeared ethnic or brown were subject to mass deportations and repatriations to Mexico in the twentieth century.  Up to 1.8 million people of Mexican descent, most of them American-born, were rounded up and deported in the 1930s under the guise of freeing up “American jobs for real Americans” in the Repatriation Act.

​Approximately 1.3 million people of Mexican descent, also including American citizens, were rounded up based on racial stereotypes and deported to Mexico in Operation Wetback during the 1950s.  Such violent xenophobia caused Latinx heritage people in the US to deny their roots, not pass on their home language, and assimilate to mainstream white culture for their safety.  See Figure 11 and Figure 12 below.

Figure 12 - https://www.history.com/news/the-brutal-history-of-anti-latino-discrimination-in-america?li_source=LI&li_medium=m2m-rcw-history
​It has only been in recent history that the tides have begun to turn for Latinx in the US, starting with the Chicano civil rights movement in the 1960s and 70s that began in San Diego, California with Mexican Americans who protested the discrimination, educational segregation, lack of voting rights, and ethnic stereotyping they had endured.

​In 1969, MEChA (Movimiento Estudiantil Chicano de Aztlán ‘Chicano Student Movement of Aztlán’) was created to promote activism among students, to protest discrimination in education, and to be socially empowered through connecting to their indigenous roots.  Aztlán, believed by some to be the homeland of the Aztecs before they headed south to what would become their capital of Tenochtitlan, is claimed to be in the present-day Southwest US, and it became the spiritual homeland of MEChA/Chicanos.  See Figure 13 below. 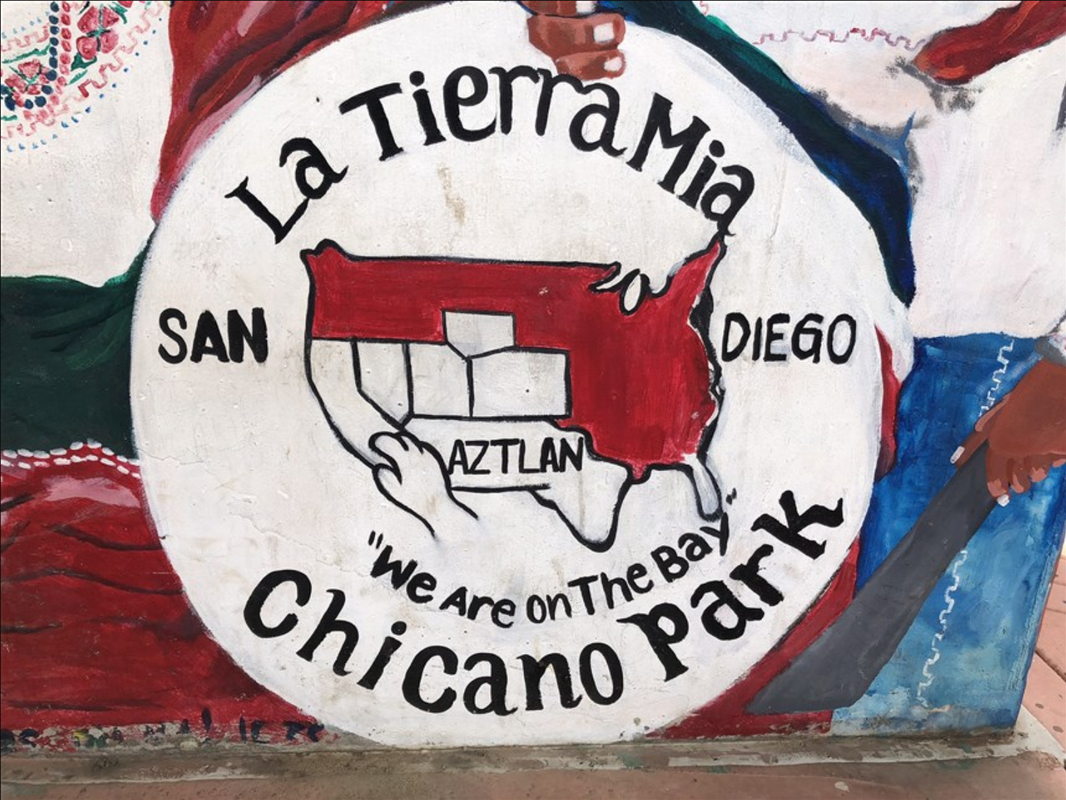 ​This topic is further complicated by the fact that some federally recognized Native American tribes were cut in half by the US-Mexico border, such as the Kumeyaay Nation that is divided between San Diego County, in California and Northern Mexico.  See Figure 14. 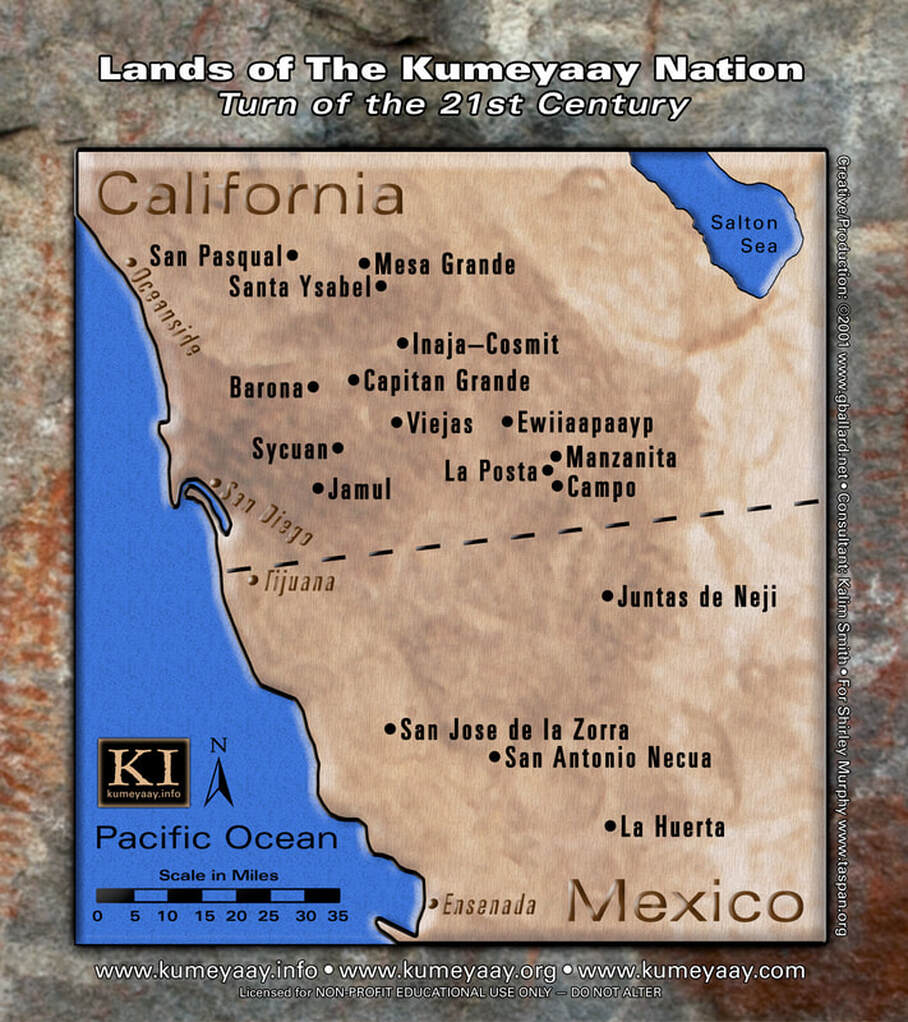 Figure 14 - Map of the Kumeyaay Nation in San Diego, California, as well as in Northern Mexico - http://www.kumeyaay.info/downloads/presskitdl/KumeyaayMap_F.zip
​The majority of Latinx in the US are of Mexican origin, and the Central Intelligence Agency estimates the ethnic groups of Mexico as of 2012 as: 62% - Mestizo (Amerindian-Spanish) ; 21% - predominantly Amerindian ; 7% -  Amerindian ; 10% -  other (mostly European).  According to the Economic Commission for Latin America and the Caribbean, the population of Mexico is 15% indigenous, which is about 17 million people as of 2010, but that ancestry has never been legitimized in the United States, until now.  See Figure 15 below. 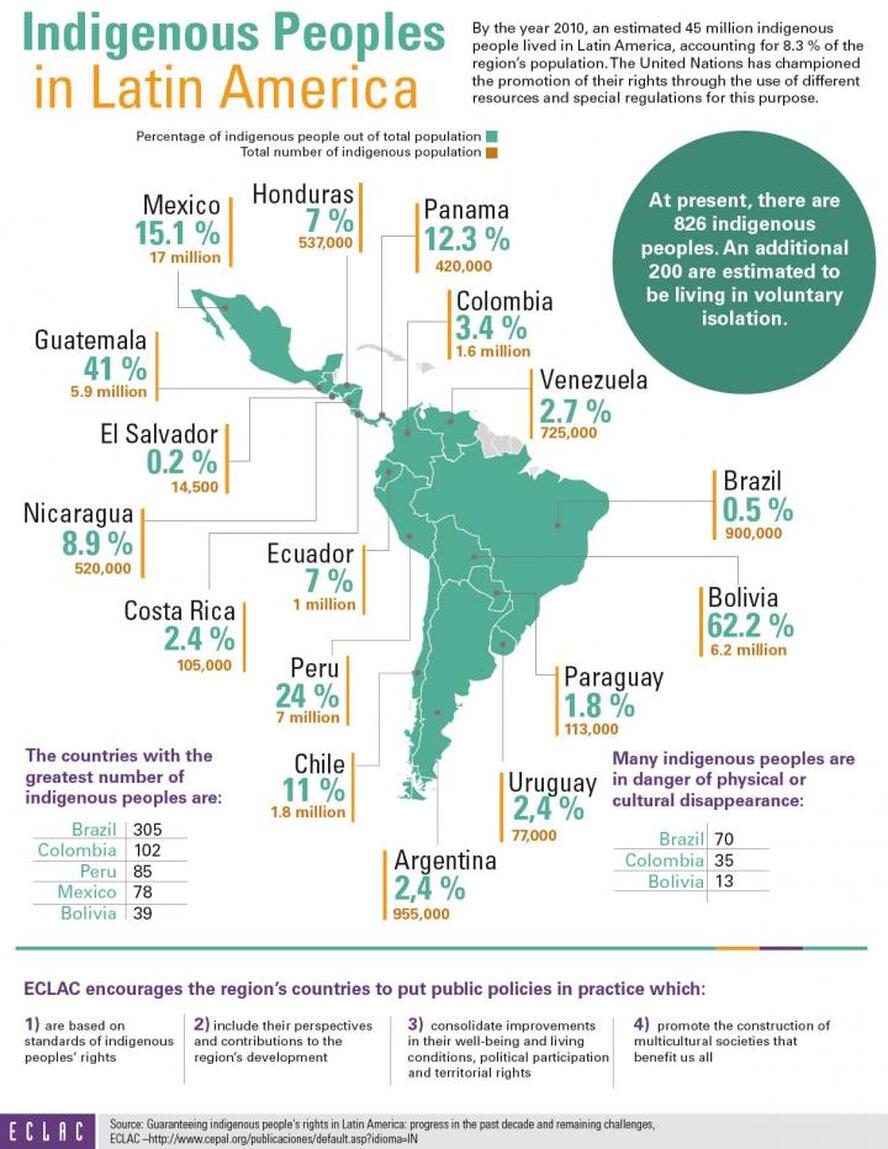 Figure 15 - Map of the percentages of indigenous people in Latin America by country - https://www.cepal.org/sites/default/files/styles/infographic_aspect_switcher/public/infographic/images/indigenas_ingles.jpg
A 2015 study, The Genetic Ancestry of African Americans, Latinos, and European Americans across the United States, studied the genetic ancestry of over 160,000 23andMe customers. Their results show that the legacy of these historical interactions is visible in the genetic ancestry of present-day Americans. Figure 16 shows three US maps of the differences in mean levels of African ancestry in Latinx (map A), European ancestry in Latinx (map B), and Native American ancestry in Latinx (map C).  States with low data were excluded and are shown in grey. 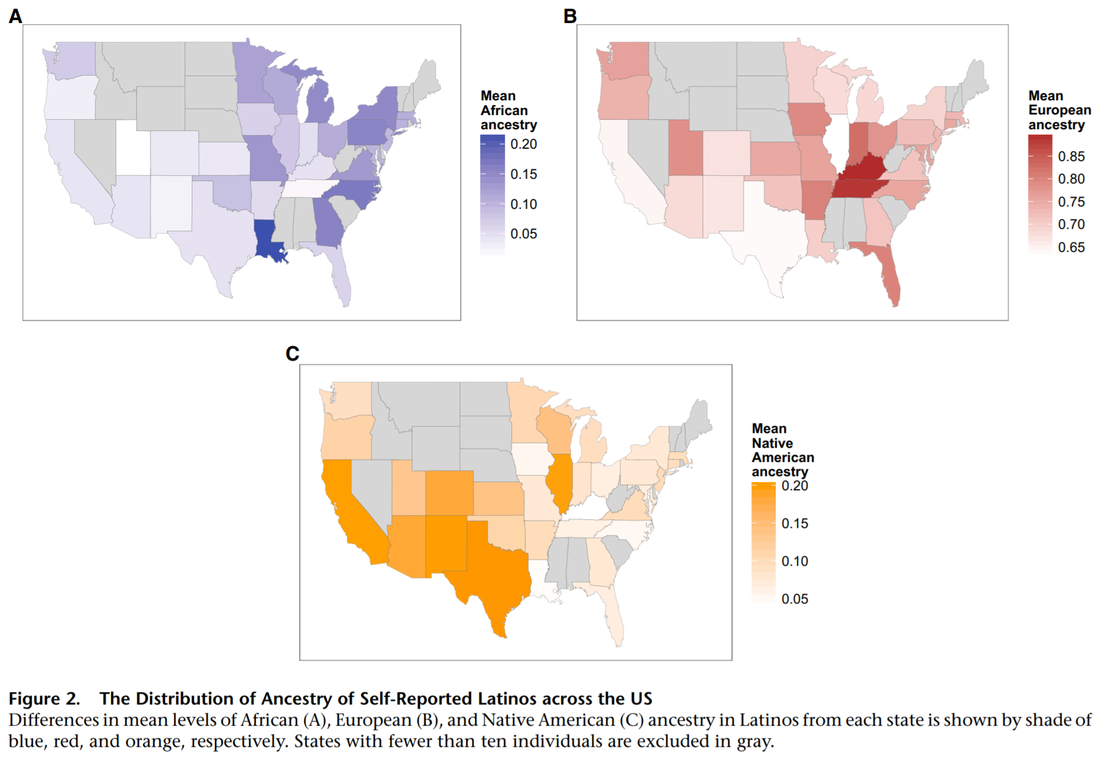 Figure 16 - The distribution of ancestry of self-reported Latinx across the US - https://www.cell.com/ajhg/fulltext/S0002-9297(14)00476-5
Hopefully you filled out your online 2020 Census, which included the origins of your race!  It is generally a great idea to have a talk with your parents and grandparents about where their families are from, and any family research you had done probably came in handy on the census.  I was glad we had taken DNA tests and had a good idea regarding our origins beyond just the family stories, especially since in my case, the family stories conflicted with the DNA data!

Question 8 was about Hispanic / Latino origin – NOT race, but what was exciting was the change in question 9!  Not only did you have to write in your origins whether you are white, black, other Asian, or some other race, but under the category for American Indian or Alaska Native, the examples include Mayan and Aztec! Those are overwhelmingly the largest Amerindian roots of Mexicans and Central Americans in the US, and in 2020 they were finally included.  See Figure 17 and Figure 18 below. 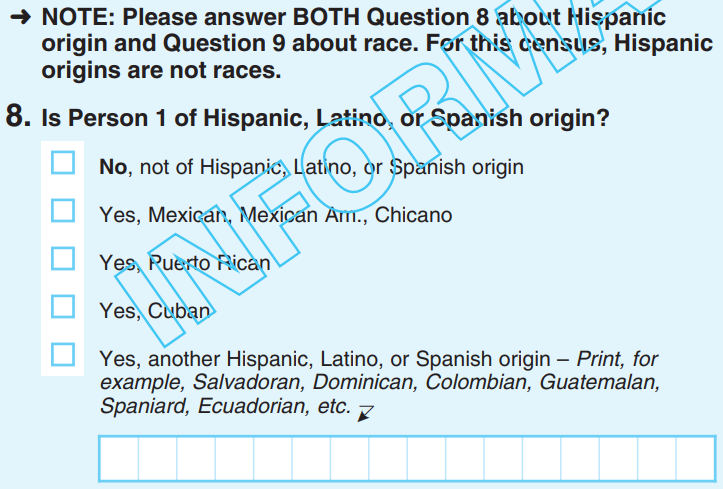 Figure 17 - Question 8 on the 2020 US Census - https://www2.census.gov/programs-surveys/decennial/2020/technical-documentation/questionnaires-and-instructions/questionnaires/2020-informational-questionnaire.pdf 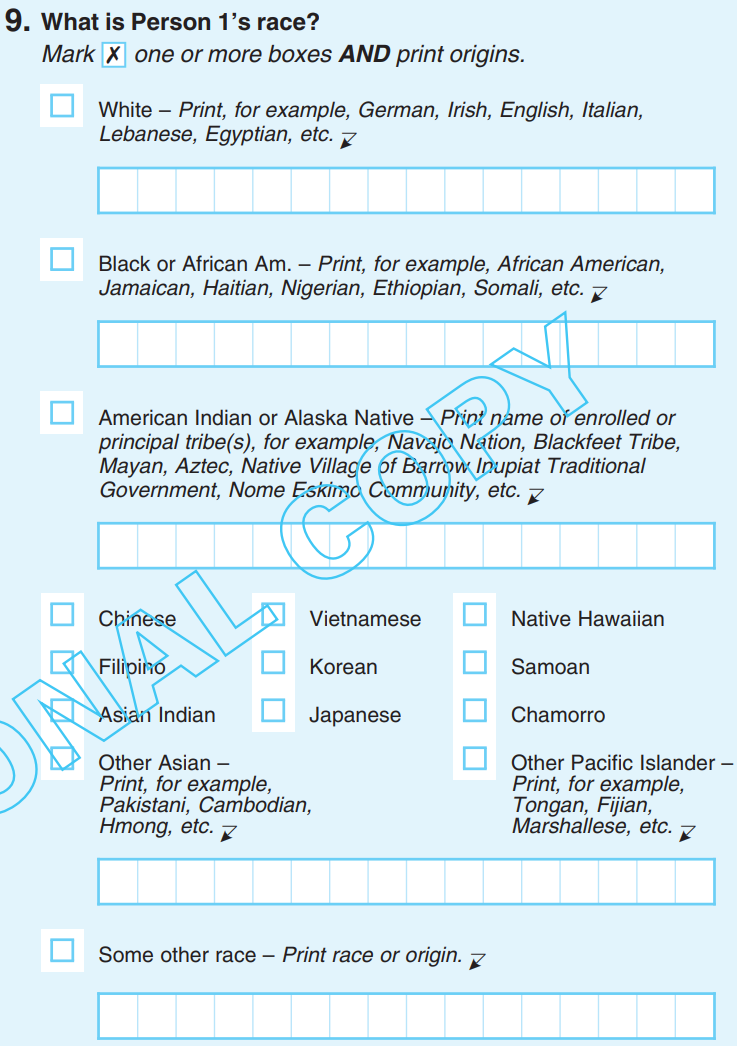 Figure 18 - Question 9 on the 2020 US Census - https://www2.census.gov/programs-surveys/decennial/2020/technical-documentation/questionnaires-and-instructions/questionnaires/2020-informational-questionnaire.pdf
​
​Therefore, in response to the question, “Aren’t Hispanics just Hispanic?” Hopefully now the answer is a bit clearer.  The 18% of the US population that gets clumped into the homogeneous pan-ethnic label Hispanic / Latino /Latinx has had a different historical and cultural experience regarding race than the average American who has lived within a primarily black and white binary in the US.  Latinx comprise a continuum of colors and races based on the mass migrations of people originating with the Spanish Empire, either by conquering, being conquered, or being brought for enslavement.  Migration, immigration, and movements of people to this day impact who identifies as Latinx.  At least, now we can write ourselves in.